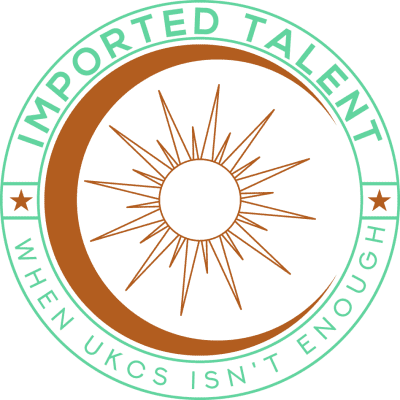 As we welcome Imported Talents into the SCL Intermediate division. We welcome back some familiar faces, wfn from the old Havik lineup along with Timmo who was a key figure in the old Lucent lineup that was one of the founding teams in the SCL season 1. A lineup that looks interesting with intrigue all across the server. wfn who we have seen be an explosive entry, Timmo one of the better anchors back in the day of season 1. bevve a smart IGL along with ezo who has had so much experience and crit, a player I haven't seen too much, yet im excited to see what they can do in the Intermediate division. So i sat down with bevve and had a chat with him:

1. Having players that we have seen perform in the SCL at a high level before like Timmo and wfn. How impactful are these guys to your team?

I think the experience of players like Timmo and eZo on the team helps greatly, they are often the people willing to die to make space on the server and often the ones finding the solutions off of the server. When it comes to wfn he is a slightly more unproven talent but his potential is incredible. It was something that I have discussed before, but I believe with the right mindset wfn can go far in the game and I wouldn't be surprised if teams above our level are already keeping an eye on him.

2. Do you think that there is a growing pains period on the Imported Talent lineup that you guys have gotten used to? Or is there still more to work on?

I don't think there are growing pains per-say but more of simply understanding one another, none of us have teamed before besides myself and crit so the natural chemistry between players leaves a lot to be desired. With that being said there's been a lot of improvements in the last weeks, I personally look forward to seeing what we can achieve in the coming months.

3. Who are you guys watching in the SCL? Who should we be watching?

Truth be told we aren't watching anyone, we don't really feel the need to look out for other teams in our division as there aren't any really notable teams however I have kept an eye on Masters, notably Alternate Attax & ARCRED. Hopefully we will be competing against them next season.

4. What is the ultimate goal for this season in the SCL?

Right now is to secure promotion, it probably wont be done in the most flawless of ways due to the unfortunate timings of our schedule. With this being said I still believe we will be in masters league next season regardless of any problems we face.

Huge thank you to Bevve for his time, we wish him and Imported talents the best of luck within the Intermediate division. GLHF