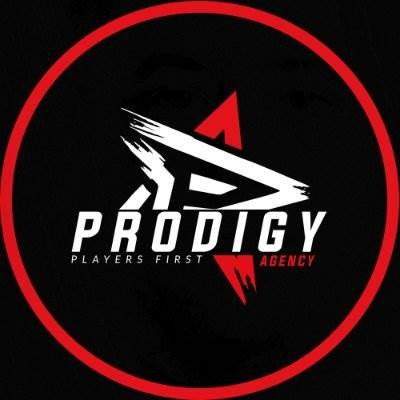 To cap off my final interview before playoffs time, I needed to go big. I needed to find someone who is huge, massive, So big that he is from the home of CSGO. So searched, I looked through every team, I even considered another Pop0v classic 3-word response interview, but then I saw it. Some player from Demark who was getting ratioed on Twitter. The one and only NatosaphiX.

NatoSaphiX has been a player we have seen in the top-tier space of CS:GO. Playing for teams such as Complexity, Heroic, and Sprout (Who are yet to play in the SCL so arent that good) over his highly decorated career playing with some of the best names in the world. Now NatoSaphiX has become a part of 'TheProdigies,' a lineup with players which include some of the best within the SCL such as 'Skirmo' (Who was a finalist back in season 1) Along with young talent looking to burst onto the professional scene. So I sat down with NatoSaphiX and spoke to him about his own personal goals along with the goals of his team:

1. I've never seen a project like this with different varieties of experience, Do you think that this will create conflict within the team?

I don't think there will be any conflict due to inexperience. It allows me to fill a bigger role and help out the young guys, which is honestly the main point of me being here. To make it clear I'm here to help out the talent roster of my agent and shouldn't be seen as me joining a team to pursue competing with. It's a way to play some competitive games in good company and fill a role for a good friend of mine (Jerome) while helping shape the talents of tomorrow. It's a fun project but where the results also matter. It's a cool middle-ground for me between grinding FACEIT and actually playing Pro CS:GO

2. Skrimo is a player we have seen in the SCL before, he is actually a finalist within the SCL. What are your personal thoughts on him as a player and a teammate?

Since I am very new in this roster and we don't practice, I have only had 2 losses where the general consensus is that we have lost due to individual underperformances. I have not really had the chance yet to get a good feel for the skill level of any player in particular but to me, it is clear that all the 3 talents on the roster have the potential to take it to the next level if they keep working hard!

3. Being a player who has competed in T1 events with top teams in the world, Do you think your career goals have shifted personally?

I think there has been a shift in career goals for me personally in recent times simply due to the lack of teams needing players. There are so many free agents but due to Corona still looming in the back of people's minds, sponsors have not re-entered the scene for 2 full years. There are too many good players and not enough stability in the scene to uplift the jobless players. I've recently started focusing more heavily on my social media presence, mainly Twitch and YouTube so that I can work and make a living with CS:GO even though there is currently not a team for me. Due to this, my goals have shifted to focusing more on maximizing the potential of my content creation than my skill level. I'm not one second in doubt that I could join a professional CS:GO team and dominate but if not given the chance I'll have to invest my energy elsewhere for the time being.