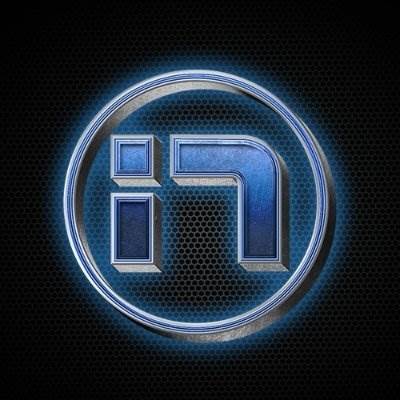 Zola had the amazing opportunity to sit down with Choiv from iNation and record an interview for SCL Season 5 - Challenger Division.


Zola: Obviously there was a new update that just came through last night, what are your thoughts about the A1-s downgrade and the changes to ancient and inferno?

Choiv: Erm, I dunno, I saw the update of ancient. I was on the server already. I haven’t yet played on the map, but I think it's good to have something new on the map, so I would say there is more positives than negatives

Zola: Going back to the A1-s they’ve reduced the magazine size to 20 bullets, no longer 25. So, do you think that is play a big change (in the meta)?

Choiv: I don’t think so, usually people are using all bullets for the spam. So, if it comes to 1v1 duels you aren’t getting more chances to kill more than 1 or 2 if they're pushing a lot. It might change the smoke spams as you’re gonna have less bullets. I think it’s a good update for the M4. Maybe they should more bullets in the magazine (reserve bullets)

Zola: We saw the games yesterday, we really saw that was a real change was Dragon using a rifle and Dav picking up the awping responsibilities, is this something that is here to stay and how is that effecting the team?

Choiv: Honestly I don't know, when I stepped down from the roster (time off), it was already decided like that, so I wasn't there when they chose it, I think Dragon is a really good rifler, and can be an awper as well. I think it's good for him, and the team. We had some problems in the past with utility usages and repositioning and stuff like that. So, I think giving Dragon some other roles might help him develop his game as well. Obviously dav is experienced and has played on AWP as well, I think it's good, but for the long term we all think it's not good. But for now we play like this

Zola: Do you think the changing in roles will affect how you guys place, or you guys still feel confident in getting yourself to playoffs

Choiv: Not really (in regards to the first question), I mean since I came back we had a lot of officials, we didn't have much practice and I got new positions, so I don't think changing of roles will be bad or good, I just think it was lack of prac. We played like 5-6 maps a few times, but I think next game will be crucial, as we just need that first win to start going. Obviously, yesterday’s game I feel we didn't play as good as we can. Obviously, the enemy team was good, but it was more about us, and not them. Maybe it's affected us as we lost a final a few days ago BO5.

Zola: You spoke about the role changes and how the team in general doesn’t feel like this will benefit in the long term. Do you think that you will go back to Dragon on the awp and Dav back rifling. Or just focusing on the moment / the short term

Choiv: Until the player break, we will play like this, after that we will see, I am not the one who is choosing, but obviously I have my opinion. But I think Dragon will be much better on awp


Zola: I feel that it is tough because Dav is leading and calling right?

Choiv: No we changed that as well, It is Holmes calling. When I stepped down, we thought we needed one other voice, so we brought another experienced player, and thats how its going for now. I will say, whenever we lose, we feel that we can do much better. Which is a plus because if we think we cannot play better than this then it's bad. So, I believe having 2 experienced guys one on each side is good, so finding the balance between the players. But as I say, individual form means a lot. Team plays still counts, but as you saw yesterday, if you don't feel individually good, we're gonna lose most the games. But we just need to gain our confidence back, win the next game and start from there. I believe we’re gonna get to players. And BO3 games I believe we’re much better than BO1’s


Choiv: First of all, thank you for calling me again. Secondly thank you for organising the league. It's a pleasure to be here again, because we skipped last season, during our problems we had, we were trying to solve them. I mean thank you for everything and we will give our best to get into playoffs