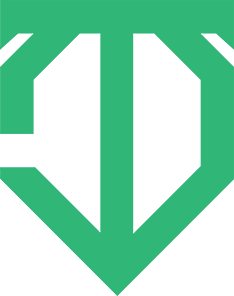 K10 has been a side that has burst onto the scene, picking up the former PowerYourAura lineup and seeming to be able to compete with some of the best teams in the UK, backed by their shock appearance and qualification into the UKIC tournament, HLTV pages, along with a dominating start in the SCL just to name a few achievements for the roster.

A huge part of the success has been star rifler Moshi, with the 19-year-old being center stage for success alongside the roster which has seen him flourish, not only with wins but also individual performance, recently putting up a massive 39 frags in an overtime performance against Cargorun where it felt like Moshi was always in the right place at the right time.

K10 has continued to impress me personally as well, being my own personal pick to win the SCL masters division.

While twitter may continue to inflate mochis ego, I was able to sit down with the K10 superstar and ask him a few questions including about his time at PowerYourAura, future goals, and the man who saved his esports career:

Seeing that K10 has been a recently new org within the UK cs scene, how much have you enjoyed your time with the org and how do they compare with Aura?

K10 has been brilliant to us so far. They're always supporting us in and outside the server and in general, they're just so passionate about esports in general. I'm really happy to be representing them, not to mention the branding looks really sick. The difference between K10 and Aura is that K10 is attentive to us and is very switched on compared to what it was like in Aura. No offense to them, but sometimes it felt we weren't even a part of their org.

Seeing the success of the roster, What are the team's future goals?

Well, now we finally made ESEA Main we can actually start playing some good teams which will then turn us into better individuals and teams. Our goals are not really clearly set, I don't like hovering expectations like 'we should be in advanced in x amount of time because it just adds unnecessary pressure to everyone. But we have some smaller goals, we want to place well at this next upcoming epicLAN and also qualify for EPS and kinda solidify our position in UKCS in general.

You've played in former lineups with pieface before, what has his impact on you as a player and dare I say, friend?

Yeah so I and pieface have been playing together for a very long time, we formed the Socially roster together (me, pieface, Ralphy, Jaustere, Rhys) and we made main with it. When I left that team, I was quite bitter and I told myself I wouldn't play with him again as the team environment was quite toxic and lazy. However, the next lineup I played in was the worst team experience of my life I played dreadfully during the period and I was on the verge of quitting team cs until pieface dragged me into this team now. They were LF1 and could not find anyone decent to play with so I just said fuck it, I'll come to play and have a bit of fun. I didn't plan on staying but I saw a lot of potential in the line-up and I was actually having fun for once. So yeah, pieface has had a huge impact on me and he's basically the reason I'm probably still playing.

Of course, being ‘Moshi the LAN winner’, do you feel that you are often looked up to as a mentor in the lineup?

The LAN winner thing really didn't impact the dynamic in the team. It was just sort of a thing that happened and no one sees me any differently. What I like about this team is that we all learn from each other instead of a hierarchy of mentorship.

What teams are you worried about or scared of within the master's divisions?

Honestly, everyone we've drawn in Master's League is pretty good. We're not scared or worried, because we're using SCL as a way of practicing against very good teams.

Who is a team that you are excited to play within the Master's division?

I'm pretty excited to play XRAVEL, as they're the only other UK team we've drawn. They smoked us on Ancient the other day in a quali so we want revenge naturally. I think they're a team in the UK who's flying under the radar right now, but I rate them really highly so getting to play them again and potentially beat them would be sick.

Thoughts on the Moshi Supremacy meme?

Who are your picks for the finals within the Masters and Challanger divisions?

It's hard to say. There are lots of good teams in here and I don't know a lot of them but I'll take a shot in the dark and say SPADE vs sleepwalkers.

Who do you think is better within the ITB v 1pin fight for UK’s number one team?

Right now it has to be ITB for sure. 1PIN are on the rise right now, but with ITB getting draken and Rusty I think they're on a completely different level. With enough time I think they'll be able to break the #30 barrier and I think this is also the EPS season in which they dethrone Endpoint.

Are there any final comments you want to share at all?

Again a huge thank-you to K10 and Moshi himself, it was a pleasure to have a chat with the man himself!