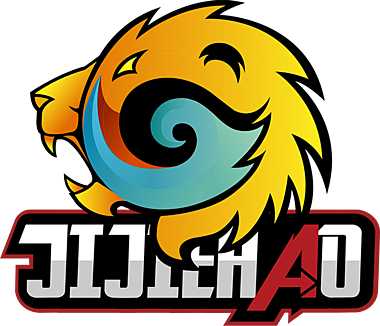 JiJieHao International has made its way all around the world. Recently in my home country for the RMR regional qualifiers as we saw the majority Isreail side fight against some of the best in Asia. Beating RareAtom in what may be considered to be an Upset after falling short against Grayhound Gaming.

Now we see JiJieHao International move towards the SCL as their next big challenge. Creating more competition within the Challanger division, Being ranked #73 in the world according to HLTV, they come in as the second-highest-ranked roster in the SCL after IronBranch (Ranked 64th in the world according to HLTV) And look to provide a good challenge to some of the SCL’s best. Coming up against teams like Quazar and 9 Pandas they look to set the tone early.

Key to setting up the recent success of this JiJieHao roster has been Maoz ‘BluePho3nix’ Maz. Boasting a 1.19 HLTV rating alongside an ADR of 80.6, He has been one of the best performers on the roster and I was able to have a chat with the man himself to be able to get an insight into the experience of the RMR qualifiers, The impact that Flamez and Spinx have had on Isreal CSGO. And what they want to achieve in the SCL:

Being a team that we saw in the Asia RMR recently, How was that experience? Do you feel like you played well as a team?

Playing in the ASIA RMR was a new experience and learning one for all of the Israeli Core (Meztal, Moree, and I) I think we gained a lot of confidence going forward after playing on stage in this caliber of a tournament and meaning.

What was the most significant factor in what was an ’upset’ against Rare Atom?

I feel like we played well as a team both in Ancient and Mirage and it showed in the server, I would say the significant factor in upsetting rare atom would be our communication and calmness during the game in TeamSpeak, we were confident that we would do it, and also props to MOREE that played really really good in this match.

This JiJieHao side was formed quite recently, what has been the most impactful thing that has been added to this roster from all the members in and out of the server?

I believe that both facecrack and DavCost bring a lot of experience and knowledge from their past teams, how everything should be handled and they help us analyze certain situations and overall get better from their experience, MOREE gives a lot of atmosphere and the good vibes inside the Teamspeak and outside the server, meztal brings his firepower in the game.

How have individuals like Flamez and Spinx impacted the region?

I would say that we have really good and successful high-tier Israeli players (Flamez, Spinx, Xertion, anarkez, Nertz, Heavygod) all contributing a lot of passion and motivation to the other Israeli players and our region as a whole, we are a big group of friends outside the server and we like to talk a lot to each other on TeamSpeak, so they really admire you, and also can help you deal with certain situations and teach you from what they know.

It's really fun when almost all of your Israeli CS players sit in the same room or Teamspeak and share their thoughts together.

Have you had a chance to look at the teams in the SCL? If so who are you excited about or want to play against?

Didn't really take a look at who is in the league, but I'm ready for anyone ;)

Being #73 in the world, do you think that's an Inflated number at all?

I think that currently, this number is suiting our level sort to say, we have to climb our ranking throughout leagues like SCL and other HLTV Ranked tournaments, and that's definitely one of our goals going forward.

Now as it stands, being 0-2 in the Challanger Division, JiJieHao needs to try and find a way back into form, and with such a stacked roster, It will be an interesting test to see the mental strength of this team.

As always, A huge thank you to BluePho3nix for sitting down with me and having a chat! It was a pleasure to talk to such a talented player!

You can see them in the Challanger division taking on Viperio!